The Mahayana tradition of Buddhism is the most dominant religion in Vietnam, and over two-thirds of Vietnamese regard themselves as Buddhist. This religion was probably introduced into Vietnam during a period of Chinese occupation by a monk called Mau Tu in the second century AD. Between 1010 and 1214, the Ly dynasty made Buddhism a state religion. 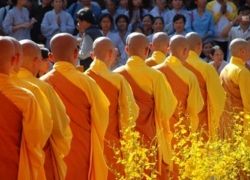 There are a number of positive actions to promote the development of this religion. For example, monks were invited to be advisers in all domains of public life, a Buddhist hierarchy was established, and many temples and pagodas were built. This marked the official support of Buddhism. At the end of the eleventh century, this religion has planted its roots so deeply in Vietnamese culture that it was no longer considered an imported religion. Nowadays, Buddhism still has a deep influence on the broad mass of the population and its effects go far beyond religion, touching on moral behavior and customs. Buddhism is a path of spiritual practice and development leading to benevolent things and avoiding malevolent things. Buddhists believe in cause and effect law which determines one's destiny. People who do good deeds will have a happy ending or an ease life, in contrast who do bad things will likely to suffer sorrows or have a miserable life. 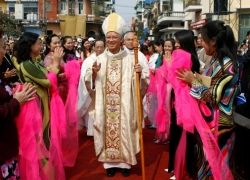 Roman Catholicism was first brought to Vietnam by Portuguese Catholic missionaries in the sixteenth century and further bolstered its presence during... 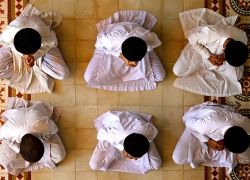 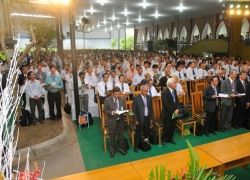 In 1911, Robert A. Jaffray, a Canadian missionary first introduced this religion at Da Nang. Then, over 100 missionaries as members of the Christian... 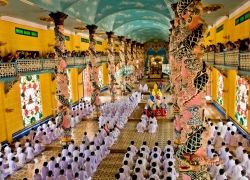 Cao Dai is an indigenous religious movement having been officially established since 1926 in Tây Ninh, a province located in the southern of Vietnam... 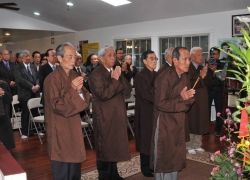 Hoa Hao is an indigenous religious tradition, a variant of Buddhism practiced in the Mekong Delta. It was founded by Huynh Phu So who is called a... 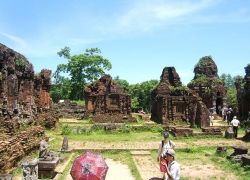 In addition to Islam, adherence to Hinduism in Vietnam is primarily associated with the Cham ethnic minority in Ninh Thuan province who built lots of...