Welcome to Vietnam – The land of Timeless Charm – a marvelous S-shaped country which is characterized by its attractive natural beauty from uniquely extraordinary landscapes of rugged mountains, terraced rice paddies to peaceful deltas and beautiful coastal land with alluring sandy beaches and mighty limestone islands over the sea.

Vietnam, officially known as The Socialist Republic of Vietnam, is situated on the eastern margin of the Indochinese peninsula. With a land border of 3,730 kilometers, Vietnam shares border with China to the North, with Laos and Cambodia to the west, with the South China Sea and the Gulf of Tonkin to the east and with the Gulf of Thailand to the South. 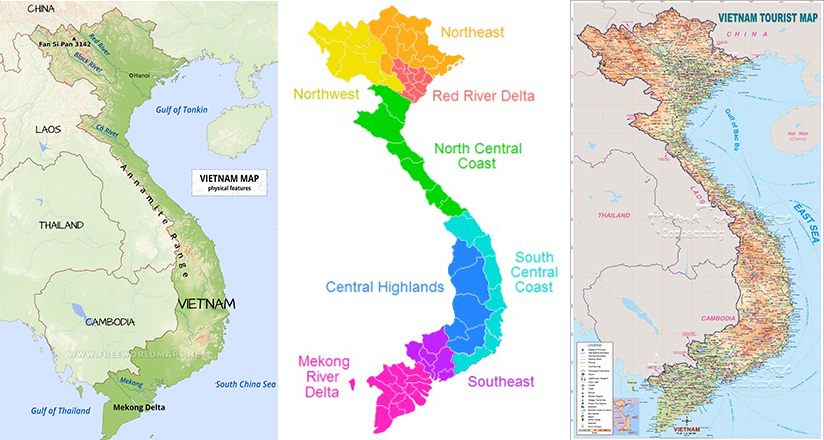 As a beautiful country with favourable nature stretching from the North to the South, Vietnam’s topography varies dramatically with the main direction from the Northwest to the Southeast. With the majority of the territory is mountainous area, Vietnam’s famous for verdant and majestic mountain ranges with tropical rainforests inhabited by many rare and precious species of fauna and flora, surreal-looking rock formations, idyllic valleys, mighty rivers, heavenly waterfalls, amazingly sinuous passes, and mysterious giant caves. Occupying mainly to the East and Southeast, Vietnam’s lowland areas are known as the home of fertile deltas with horizontal paddy fields and the coastlands with pristine white-sandy beaches. Vietnam also possesses a long coastline with more than 2.025 miles in length, which makes Vietnam become a true paradise for beach lovers with numerous ravishing beaches, picturesque bays, and stunning lagoons. For your reference about Vietnam’s top beaches, don’t hesitate to check INSIDE TRAVEL’s list for the most attractive beaches in Vietnam to find yourself the most appropriate for your trip to Vietnam.

VIETNAM’S GEOGRAPHIC HIGHLIGHTS FROM THE NORTH TO THE SOUTH

Vietnam is divided into three main regions: the North, the Central and the South. Each part has a distinctive terrain that creates unique features in the landscape as well as geography highlights as following:

This is a mountainous region that is bordered by Laos in the West and South China in the North. Possessing craggy mountainous terrains with high altitude to sea level, Northwest is well-known for the magnificent beauty of long mighty mountain ranges, awe-inspiring valleys, dramatic terraced fields, amazingly sinuous passes, and peaceful hill-tribe villages. 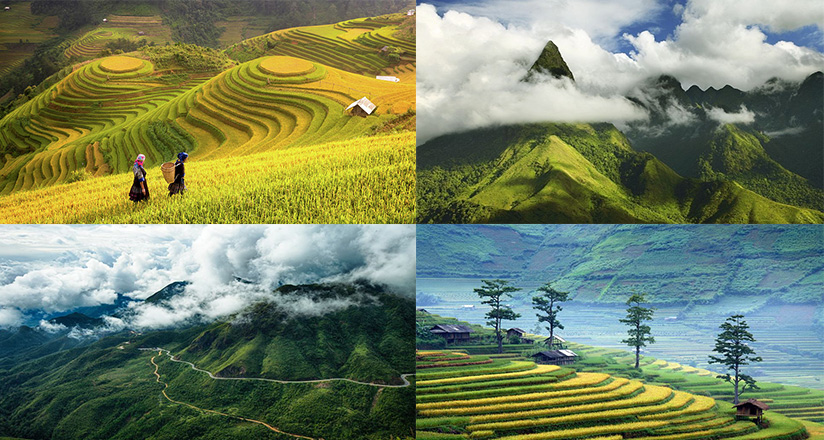 Northeast is a region situating to the northmost of Vietnam which has a contiguous border with South China in the North and Gulf of Tonkin in the East. Northeast is also endowed with the sublime beauty of limestone and rocky mountain ranges which look like short arcs, stretch till the Gulf of Tonkin and even grow over the sea. These mountains have made up the spectacular rock-formations and alluring grottos of Halong Bay nowadays, where is renowned for fantastic Halong Bay Cruises trips. Also, steep gorges are created by rivers flowing amid the ranges inland and rocky plateaus getting along with national parks and nature reserves have formed the special beauty for this region.

This is the lowest region in the North with relatively flat deltas mainly formed by Red River and other main streams. The main topography of this region is fertile fields interleaved with scattered limestone mountains, which is appropriate for developing agriculture and livestock. Red River Delta is also deemed to be the cradle of Vietnamese civilization some of the most valuable historical heritages in Vietnam. 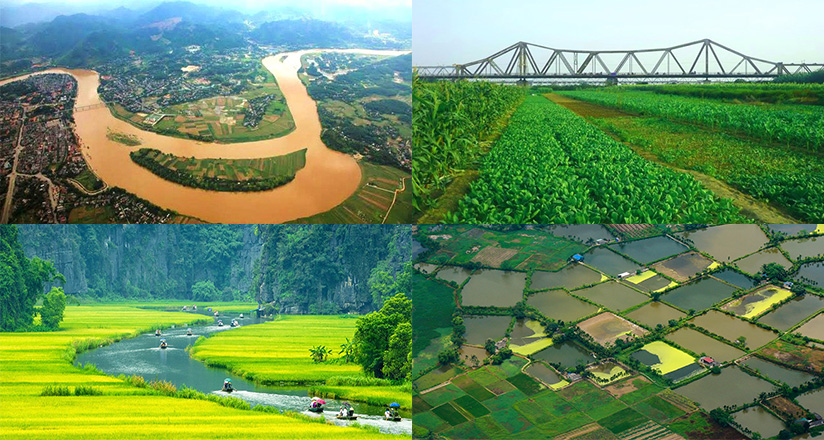 2. The Central – the land of the impressive cave system, fascinating national parks, and alluring beaches.

This area locates to the northern half of Vietnam's narrow central part. All provinces in this region stretch from the coast in the east to Laos in the west. The West is Vietnam’s longest mountain range: Truong Son Moutain Range, which creates a very diverse ecosystem and unique landscape for this region with national parks, poetic rivers, and an extraordinary cave system. The most famous destinations in North Central Coast are Quang Binh Province and Thua Thien Hue where are wonderful stops for nature discovery adventures.

This includes coastal provinces in the southern half of Vietnam's Central part. This region is a narrow coastland situating to the East of Truong Son Mountain Range, some branches of which stretch till the coastline made up small and narrow deltas, numerous peninsulas, lagoons, innumerable dunes, beautiful bays, and alluring beaches. South Central Coast is very famous for sun-sand-sea activities with some outstanding destinations such as Danang, Hoi An, Nha Trang, and Mui Ne. Some of them have been listed as among the most beautiful bays in the world: Nha Trang, or most charming beaches in the planet: My Khe Beach in Danang, etc.

This contains the five inland provinces of south-central Vietnam: Dak Lak, Dak Nong, Gia Lai, Kon Tum and Lam Dong. Almost this region is made from many different plateaus, mountains, and mounts. Central Highlands is characterized by plateaus rich in volcanic soil, which is home to many ethnic minorities with unique customs and an indigenous local life strongly associated with nature.

3. The South – a developed lowland with legendary fertile Mekong Delta.

The South of Vietnam includes two main regions: the Southeast and Mekong Delta.

This area contains those parts of lowland southern Vietnam which are to the North of the Mekong Delta. There are five provinces, plus the municipality of Ho Chi Minh City (formerly Saigon), with the main topography is low hills, Bazan soil (volcanic soil), and old alluvial soils, which is suitable for developing industrial tree plantation.

This is Vietnam's southernmost region, which is mostly lowland and home to populous provinces in the fertile alluvial delta of the Mekong River. Some areas in this region have altitude even lower than sea level which is flooded seasonally. Known as the biggest granary of Vietnam, Mekong River and its tributaries are crucial to rice cultivation in Mekong Delta in particular and Vietnam in general. Mekong River Delta is the heart of the rice-producing region of the country where water, boats, houses, and markets coexist to produce a generous harvest of rice in horizontally flat paddy fields. 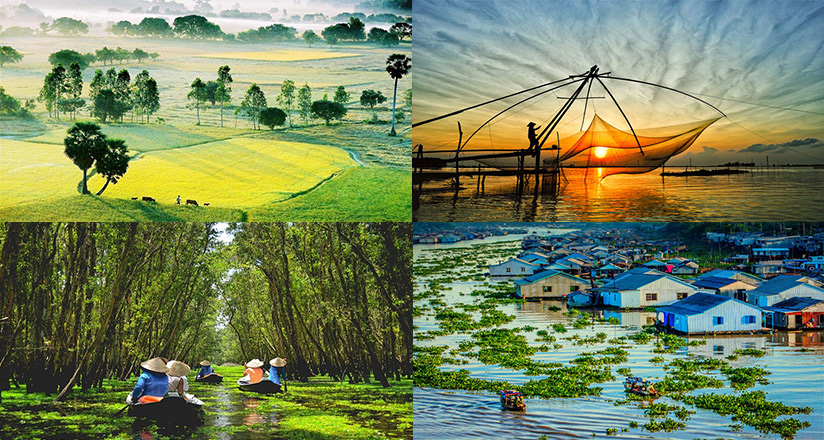 With a vast of scenic beauty from the North to the South, Vietnam appeals visitors all around the world to come and explore the country’s timeless beauty with awe-inspiring experiences from an abundant type of tour selections. If you’re planning a trip to Vietnam, we’re very delighted to introduce to you "Top 10 best tours in Vietnam" which are consciously designed and selected from the most highlight destinations all over Vietnam for your reference. In case you’re seeking for a tailor-made tour, feel free to contact our INSIDE TRAVEL Team for further inquiries. 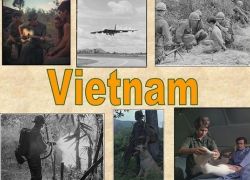 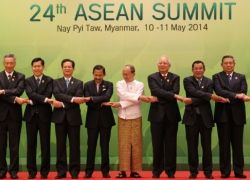 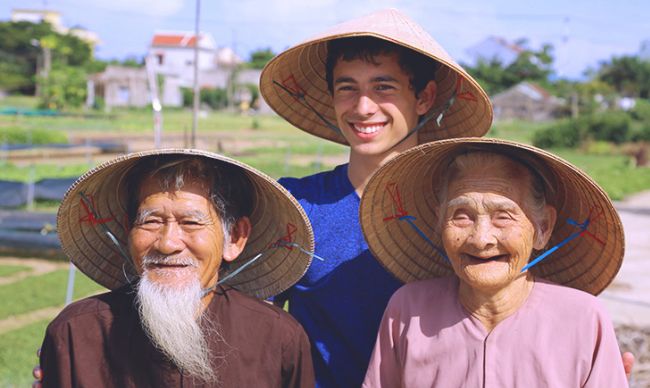 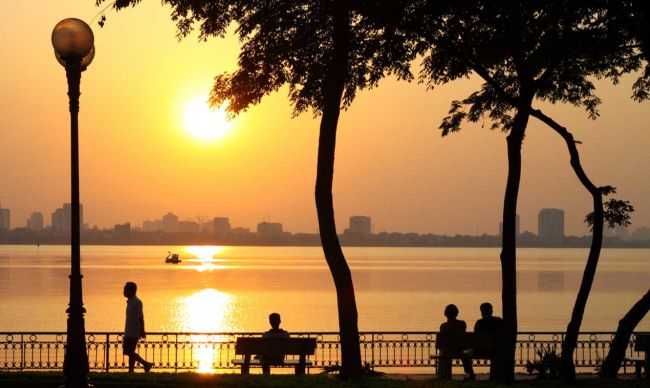